As you may notice, this blog is DEAD for many years now. I won`t continue, because the service where I uploaded the stuff you found here erased (I repeat, ERASED!) over 1000 files OVERNIGHT! Of course, I posted some albums that were under copyrights and so, and unfortunately I was deaf to the warnings of copyright infringements, so I got what I deserve.

I am NOT gonna reupload all this stuff, and if there is any link usable feel free to download stuff, otherwise this blog is NO MORE ACTIVE. 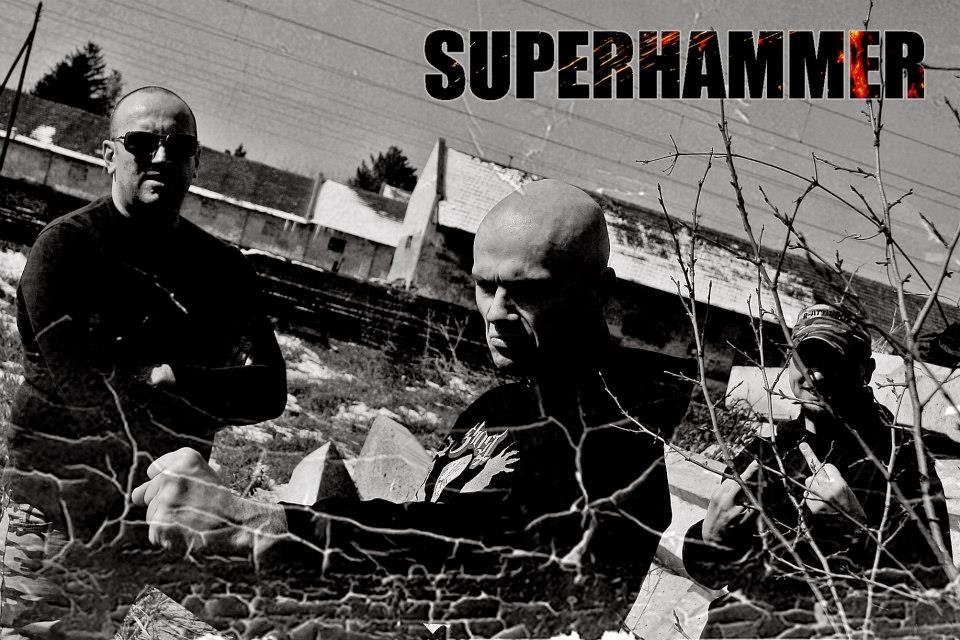 Wow, cool shit heavy as f**k! I like a lot this serbian band! This EP kills on all levels, ultraheavy and greasy riffs in a perfect recording, plus an excellent vocal, seems like a perfect combination! I usually do not listen to stoner stuff, but this band kills. Recommended!! 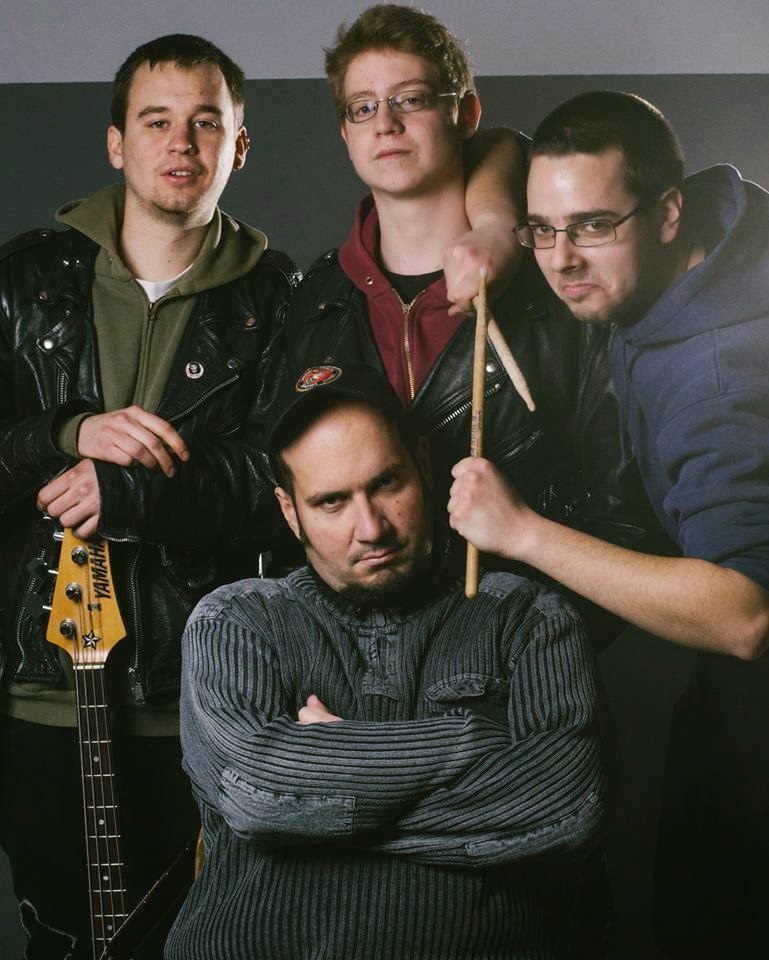 Finally, KGF (previously known as Kraykulla And The GypsyFuckers) from Cakovec, Croatia, released their new full lenght album at the very beginning of this year. This time we have a professional recording and brandnew songs, played in pure Punk Rock style, but this time the band speeded up and on this CD you can find 11 razors that will rip through your ears. This must be played LOUD!!! 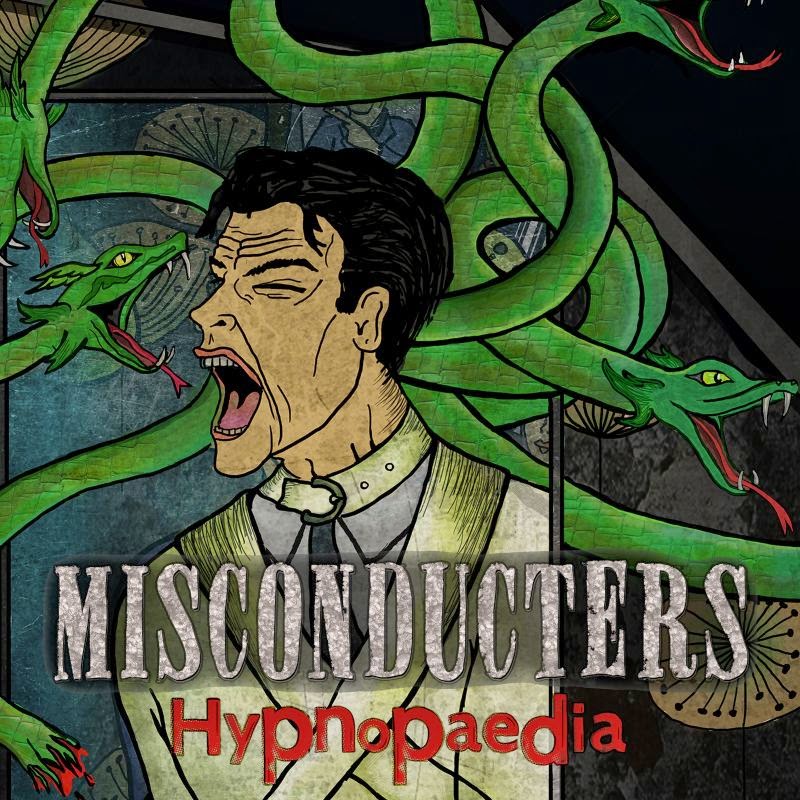 Well, here I am after almost half a year. Yes, I admit I am lazy, but you who follow this blog know it very well...
Let`s go on with a band whose CD I received a few months ago, but well, I just found free time to post it right now.
Misconducters are a cool band hailing from Brazil (altough some infos says that they are originally from UK), and this should be their second full-lenght album. They play a kind of melodic Punk-Rock with a cool aggressive guitar sound, so they should satisfy the ones who love melody and controlled aggressivity in songs. 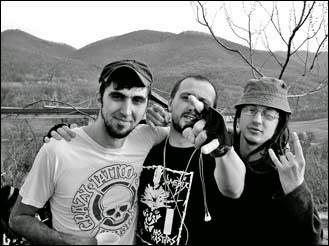 Hellback comes from Pozega, and it is a band formed by former members of the bands Helldis and Fight Back. This is their first work, a very tight and dense Crust Hardcore with massive Metal and Punk elements. Recommended !! 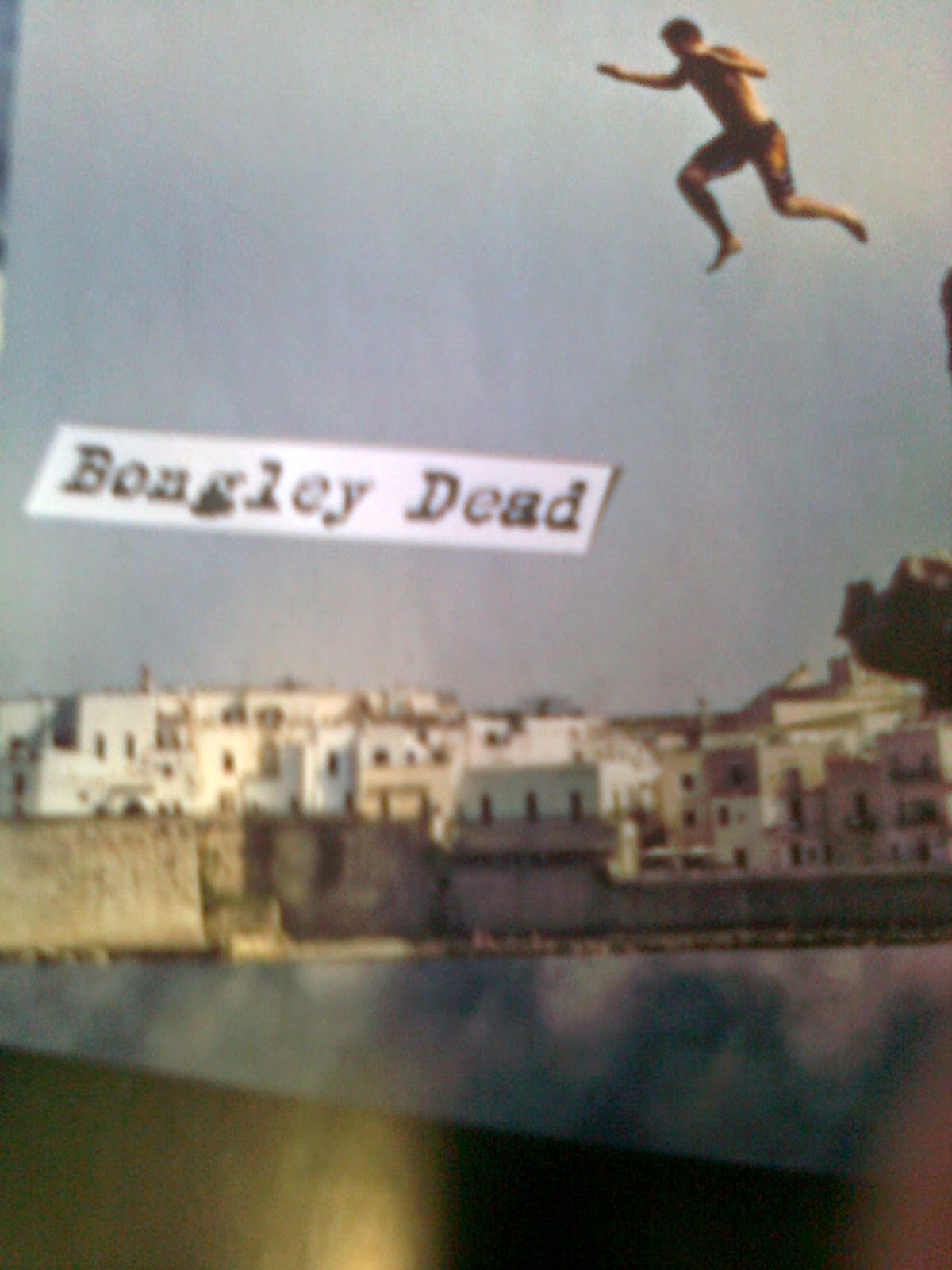 Our friends from Italy are here again, this time with two demos respectively from 2013 and 2014. The fault is surely mine, because I received the 2013 demo at once, but me being sooooo lazy results in receiving the 2014 demo too, so I will put them here both, for all of you who liked their first demo already posted here. What we got here is a nice, almost perfect Indie Rock with loud guitars and strong pounding drum and great melodic vocals. I don`t want to compare BD with any other band, I want you to discover them. Because they surely deserve your attention. 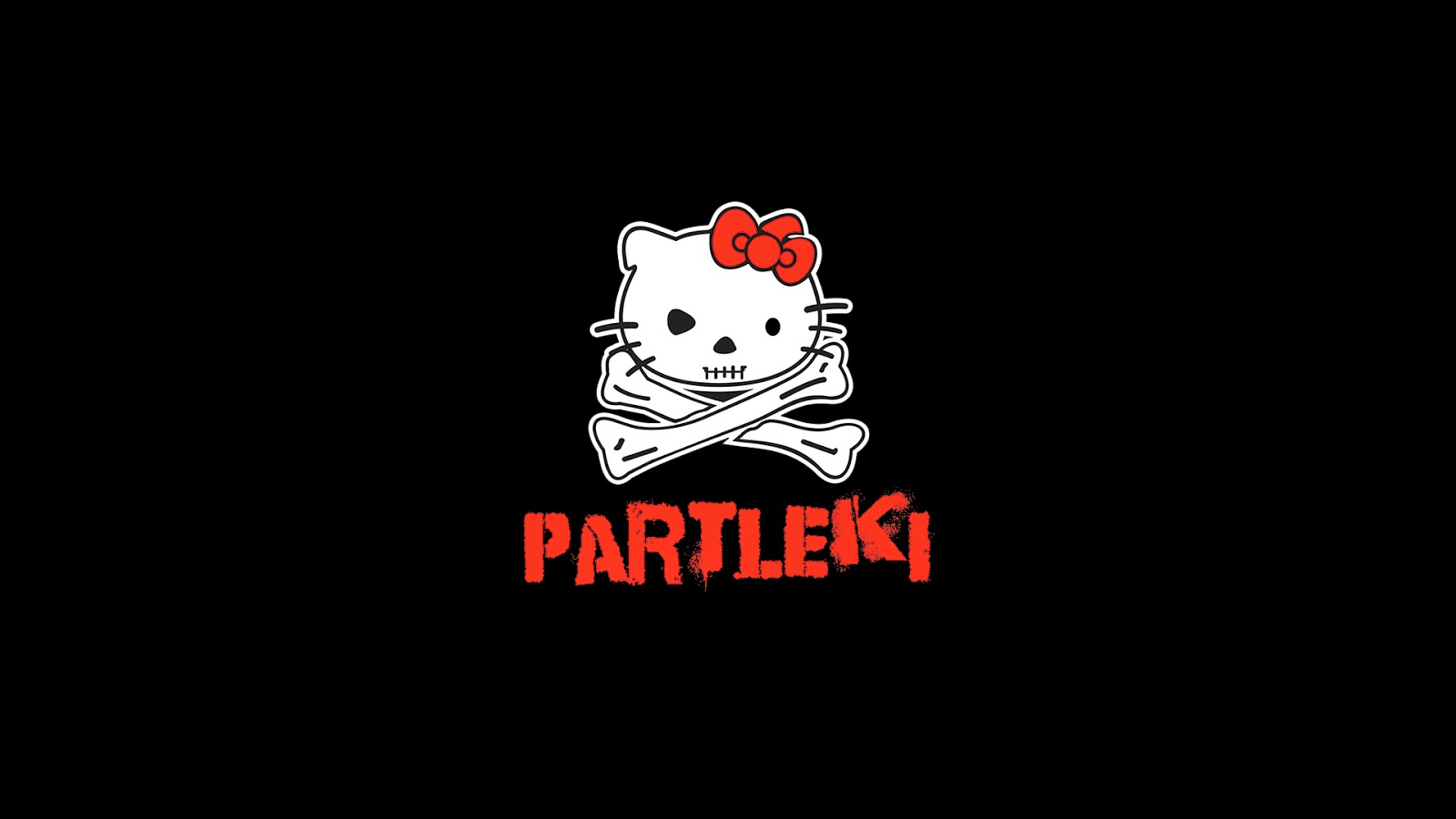 Partleki is something between a band and a project. They actually play parodies of old and less old children songs in Punk way. May be fun :) . 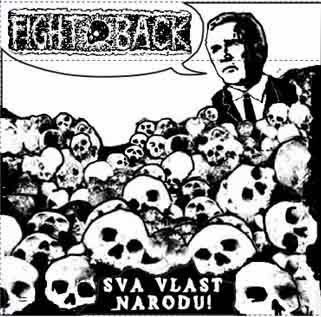 Here we have the CD of my friend`s band. They are from Pozega, a city with a plenty of underground bands and a very healthy scene. This CD is a compilation of various works from this band: demos, live and rehearsal recordings. Crust as fuck.

Simple as that. I was kindly asked by the band if I can help them by promoting this video. And there you go. The title is serbian/croatian for "Dick". Nuff said. 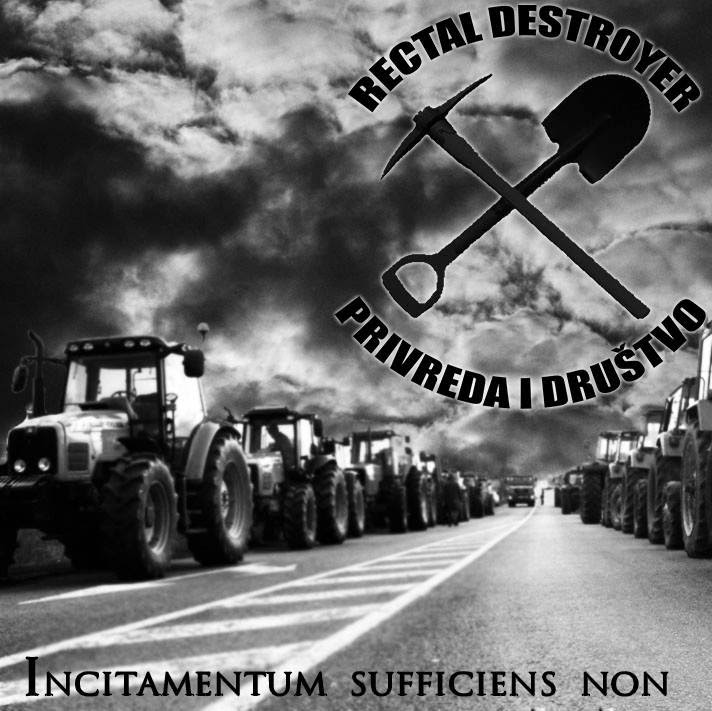 Rectal Destroyer is a funny new band from the city I live in, Varazdin, and this demo proves it completely. I am really not into this kind of stuff (this Aggro Core term is something actual in the croatian underground for several years, and the name itself says it all what is all about), but have seen them live, and all I can get from this is a lot of fun. And a great recording quality too. 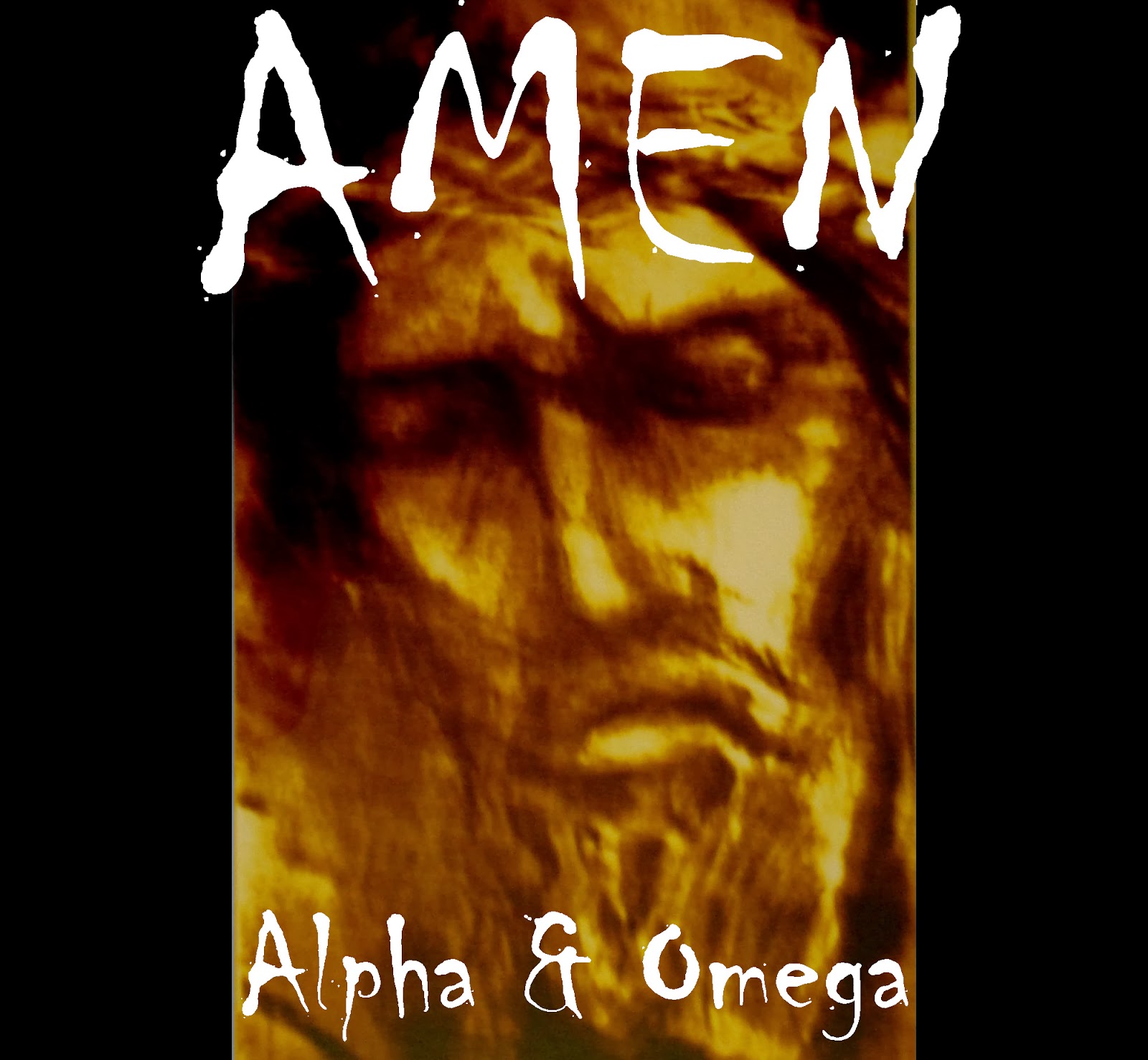 Oh, well... here I am again.. I admit I really am lazy and I am sorry that I practicly forgot about this blog.. many things goin` on..
What we have here is the brand new album of the slavonian masters of Christian Thrash Metal, Amen. After many years of waiting we have a strong album offered. They also started with live shows again, so we may say that the band is fully active again. Of course, recommended !! 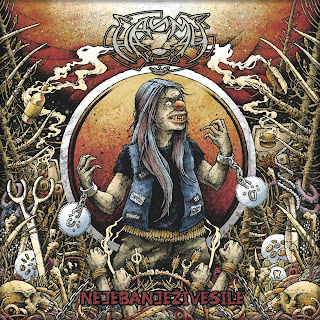 Wow, these guys make chaos every times they release a new album. Probably the best Crossover Thrash band from the Balkans, but I think even much wider. One thing I keep asking myself is how on earth this band is still not signed by a major label. I cannot swallow the fact that it may be because of the lack of english language, because a lot of Metal today has vocals that does not understand themselves, so I don`t see a difference.
To return to the band, again a great piece of album, and again a fantastic recording production, which was already heard on the advance track "Smrt Autoriteta". The tracks are all an up-and-down of tempos like a rollercoaster drive. Nadimac remains tight even with all those tempo changes. The lyrics are intelligent and pungent as always, and a try to write down some english possible translations in the booklet would be more than welcomed by non-serbian speaking people (a hint for the future!).
All in all, this might be the Crossover Thrash Metal release of the year. 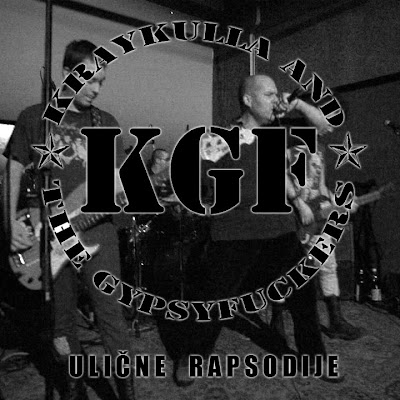 I love this stuff !!! Yes I do. Punk as it always meant to be. Raw, simple and in your face. Hymnic choruses, great riffs, and a charismatic vocalist: everything you need to love a band. Their live shows are endless fun, so if you get the chance to see them live, do not miss them for nothing in the world. Recommended! 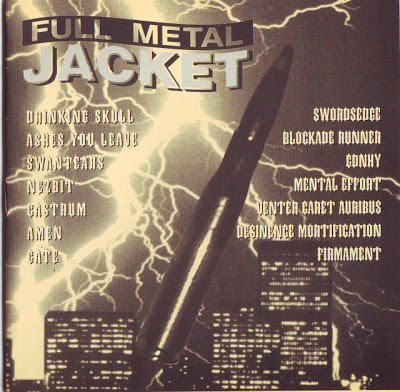 Now, for all those who think Croatia is not a Metal nation.. This CD is the only OFFICIAL Croatian Metal compilation ever released (I repeat, official, there is a recent one, but it is compiled as DIY so it is more unofficial), and contains part of the bands that were active then (except for B.Runner and D.Mortification, for example, there are Pula bands missing here!! Ok, it would be a triple cd, but still...), and it was made by Drinking Skull`s guitarist Marijan`s label. It is a nice try, even I still think that GDNHY should have left the place to a more Metal band, but they were probably Marijan`s friends, so.. anyway, from Drinking Skull, to the croatian COF clones Castrum to Firmament, all bands make a great compilation,  which should have been followed by a sequel..Obligatory for all the Cro-Metal lovers. 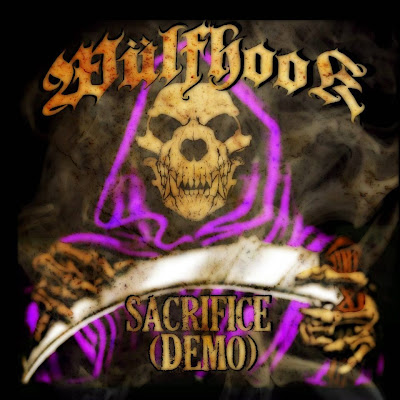 Now, this is a great band! Hailing from Detroit Rock City, this band mixes Speed Metal with traditional Heavy Metal, with great musicianship and an impressive lead vocalist. Surely a must !!
Thank you Wulfhook for sending me this pearl!

I receive a lot of reupload requests. they are all written in comments, and even if I might do that, I WILL NOT reupload past links in any way. That part of the blog is dead, it would be a suicide to reupload everything back, and even a double if I reupload some links and some not. So, if you are interested in some past stuff, I can reupload it as a one off reupload (just for you personally) and that is it. And I will not reupload requests made in comments. Only requests that comes to my e-mail adress. I am now focused on my other blog pularockcity.blogspot.com .

Cheers to you all. Write to leukkemiaa@gmail.com
Posted by Alexcro at 06:39 No comments: 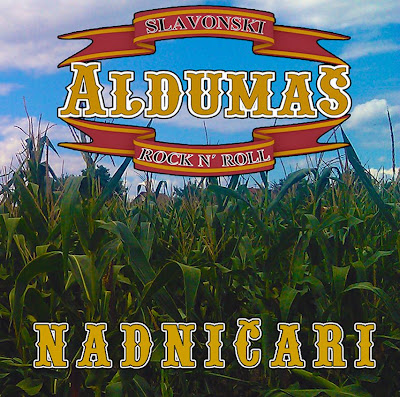 This comes from the ex-Hope gang, the Mikic brothers, which after a long time of old school Thrashing, they got old (hahaha) and started playing pure Slavonian Rock`n`Roll as ALDUMAS. Now, they are giving us their first full lenght CD with very nice tunes followed by a cool production. This will help you to get into the Slavonian way of life and drinking...

As I am a long-time fan of Discharge and their 80s work (to be precise) here is a compilation of Discharge tunes played by a lot of bands from the Ex-Yu territory, all tracks played with huge balls and enormous respect to the masters. Enough said. These German guys sent me this little masterpiece of EP, an incredibly powerful metal recording, too Metal to be Hardcore, too Hardcore to be Metal. A great production, and an EP you will definitely like if you`re not closed into boundaries. 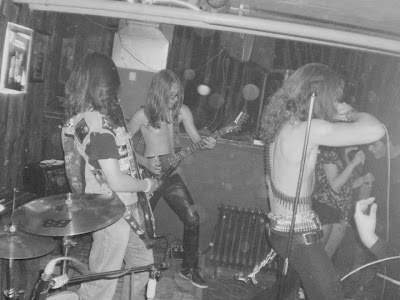 Well, here is a cool Raw Black/Thrash/Death Metal band sent to me from my friend Azer, member of the band. They come from Bosnia, Sarajevo exctly, and they exist since 2010. This is their brandnew second demo, and as a DIY band they are going to record a full lenght album as soon as possible. Meanwhile enjoy this piece of raw evilness !!

Alexcro
Varazdin/Pula, Croatia
My blogs represent what I like in music, no matter what kind of music is.In AudioHeaven you will rarely find stuff that can be found on any other music blog, I put here stuff that is maybe hard to get, but of course there will be also stuff that is practicly obligatory on every music blog, but only if represent a milestone in my musical taste. As I am a metalhead, most of the stuff you will find here will be metal in any kind and form, but there will also be posts that won`t have any matching point with metal. The only thing I would like is that you occasionally write some comment of the stuff you just downloaded. Thank you and enjoy good music. AND PLEASE, TELL TO OTHERS ABOUT MY BLOG!! PS; all the regular releases on this blog are here for you just for pre-listening, if you like the stuff, of course, buy the cd and support the bands! As for demo and live bootlegs, enjoy them and support bands by visiting their gigs!!